Still can't find the right chair to show your personality?How about a Dreamy Fairytale Design - Anda Seat Pretty In Pink Gaming Chair.The beautiful Tiara with white and pink colour immediately lights up your room.It also comes with a neck pillow and lumbar support that would make you feel like a real Royalty when sitting on it. Not to mention the highly adjustable 3D armrests and 5-star chair base to guarantee the comfort and safety. Anda Seat Ergonomic Design Neck Pillow And Lumbar Support Cushion Would Help You Sit Straight In The Right Posture.
They Not Only Make It Easier To Focus On Your Work But Also Take Care Of Your Health

The Purpose Of Armrests Is To Rest Your Arms
Nothing Would Do A Better Job Than Anda Seat Highly Adjustable 3D Armrests.
The Surface Is Covered By PU, Support The Forearm To Relieve Wrist Pressure And Muscle Strain
Which Maximum Your Gaming Experience 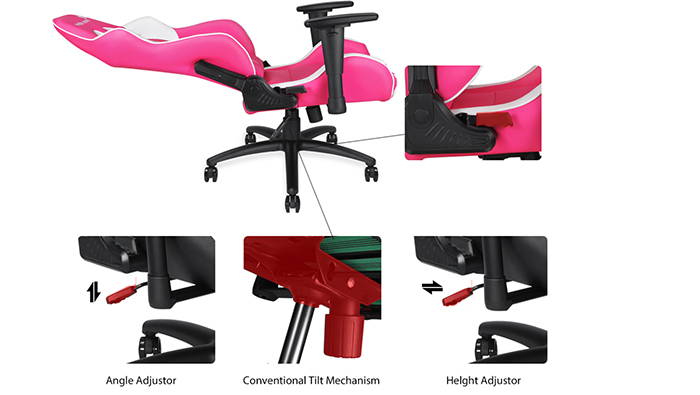 Our Special Designed Conventional Tilt Mechanism Handles Heavy Duty, Provides You With Fully Control Over The Suspension Of The Chair. It Has Adjustable Tilt For Increasing And Decreasing Tension By Matching The Body Weight Of The User For Effortless, Secure And Sturdy Rocking, Without Putting Fatigue On Muscles.

Our Wider Wheels Are Covered With Durable PU Rubber Which Provides Stability Of The Chair.
Ensures Smooth Movement To All Direction And Kind To Floor Surfaces.

Class 4 Hydraulic Pistons Are The Best In Its Class In Terms Of Consistency (99.9%)
Which Provides Great Stability And Safety.
Through The EU Standard SGS Certification 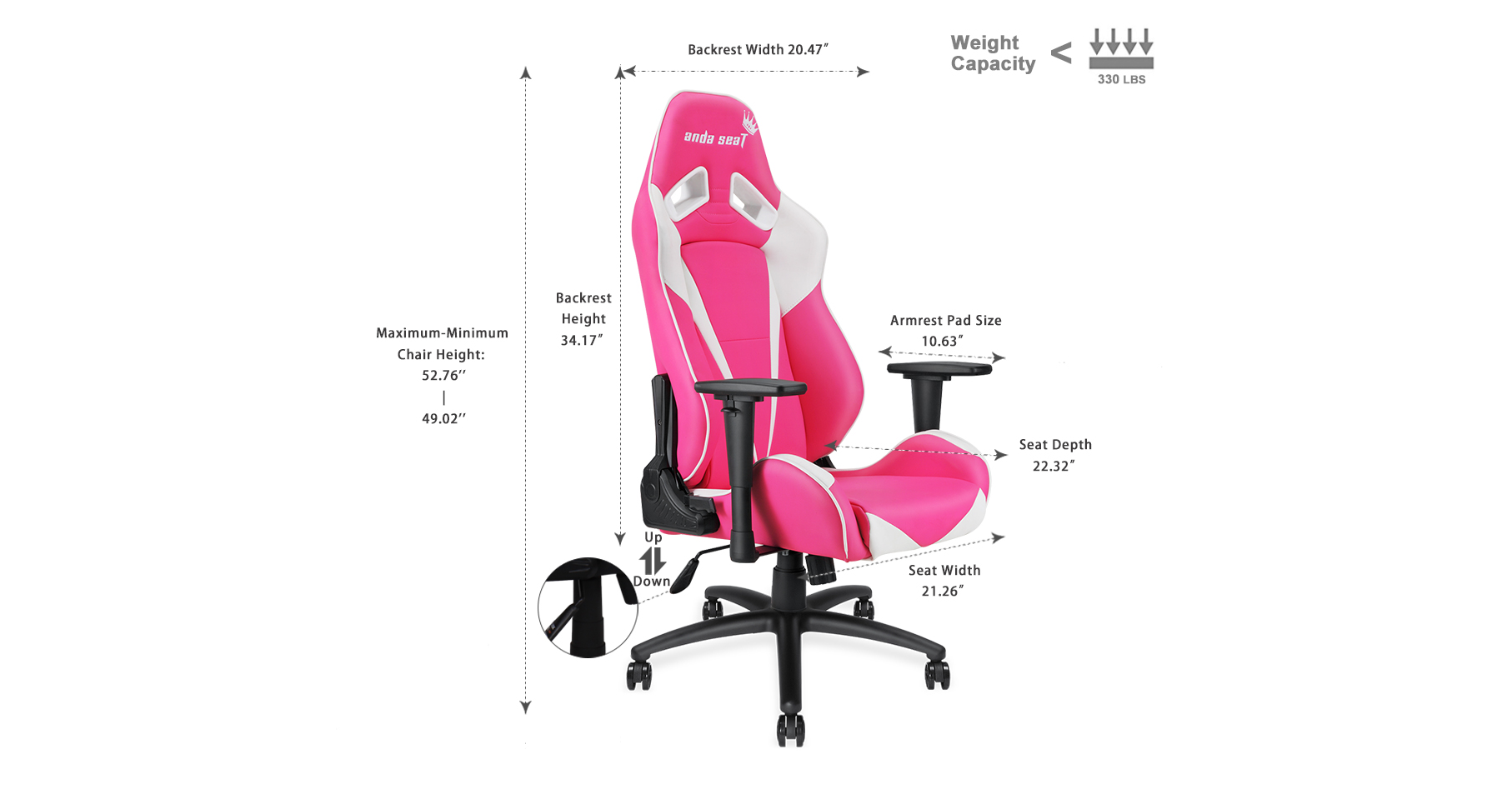 Lifetime warranty on all functionality portions of the chair. Aesthetic defects & misuse of the chair are not covered.

The chair itself is cute as hell. The crown detail is adorable, and the pink is just the right amount of pink. The white just completed the whole vibe.

My butt doesnt quite fit in the chair properly. The seat itself has wings that prevent my hips from settling in easily. They press into my hips and leave a bruise. But after struggling to put the damn thing together (screwing the seat onto the back was annoying. Screws did not want to go into the damn holes properly!) and paying as much as I did, I'll be damned to send it back. Instead,I have a pillow shoved into the seat which raises me as high as the top of the wings, preventing further bruising by the leather covered steel. Ugly, but it works.

My gaming setup is now complete with my anda seat gaming chair! I’m so happy with it, the colour is beautiful, the quality is amazing and it’s so comfortable!

M
M.
I love this chair

love this chair. Aesthetically it was exactly what I was looking for but its also very comfortable. It took me about 30 minutes to put together. It comes with a neck and back pillow as well. My only complaint is that it smells strongly of plastic but I imagine that will go away with time and is to be expected.

M
M.
My Daughter loves it

I got my daughter this pink Andaseat gaming chair and she loves it very much.